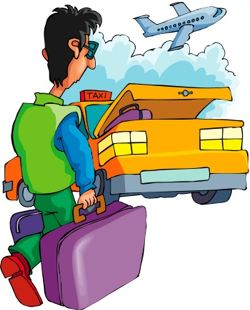 In 2014, Badan Nasional Penempatan dan Perlindungan Tenaga Kerja Indonesia (BNP2TKI) reported that there was an estimated 429.872 Indonesian workers who worked in many corners of the world (BNP2TKI, 2015). In the same year, it was also reported those Indonesian migrant workers remitted an estimated Rp. 60 trillion (BNP2TKI, 2014). In the global economy, Indonesian migrant workers (read: Tenaga Kerja Indonesia TKI) represent one of the largest groups of migrant workers. An important detail to note on the aforementioned is the fact that a large number of those migrant Indonesians are parents. They are mothers or fathers who have to migrate in order to provide for their children economically by leaving them behind in Indonesia. In Indonesia, parents must look to labor migration as a way of ensuring that they can send their children to school, give them access to quality health care and provide them even with just the basic food (it is still unknown as to the number of Indonesian children who grows up without the physical presence of at least one migrant parent).

On personal observation, the phenomenon of migrant families cut across class boundaries. Migrant parents are employed in not a few but many labor market sectors: some are professionals, others semi-skilled workers and a large number are also unskilled laborers. They work in various destination countries and take up a vast range of occupations in the global labor market.

It is extremely difficult to find readily available statistics on Indonesian overseas migrant families. The government or the general public may hail migrant parents as modern day heroes. But such recognition comes with a sacrifice – having to leave their families behind and deny themselves of the comfort of living at home with them. For many of those migrant parents, it is a necessary sacrifice to make in order to provide for the improvement of their families.

Although international migration can bring economic enhancement and stability to the family, studies on the social and psychological costs of migration on the Indonesian family are still extremely rare. One can easily imagine the negative impact on the children and may have heard negative stories from the media about “breakdowns” in the marriage of the parents as a result. Or may have noticed in their neighborhood where children of migrant families are growing up with no parents (i.e. left to the care of the grandparents) because the father left them for his new family. From all the “horror” stories one may have read or heard about or watched on the television, there is cause for concern because this trend can potentially affect the integrity and strength of the family. One may think of a number of threats that this phenomenon could have impact on, to name a few: 1. A threat to the maintenance of healthy family relationships as a result of the absence of one parent, which although temporary, usually lasted longer than expected; and 2. A threat to child development due to the absence of a parent whose presence may be required for the sake of specific nurturing and disciplining.

Graham and Jordan’s (2011) study was the first of its kind in assessing particularly the psychological well-being of children left behind by migrant parents. The study compared children among father-absent and mother-absent as well as intact non-migrant families. Their study compared children under the age of 12 years (N=3876) in Indonesia (n=961), the Philippines (n=958), Thailand (n=995) and Vietnam (n=962). The data that they used came partly from a 2008 study done by the Asian Meta Centre’s Child Health and Migrant Parents in South-East Asia (CHAMPSEA). Graham and Jordan re-surveyed the families in the CHAMPSEA study to get an objective measure of the children’s psychological well-being using the Strengths and Difficulties Questionnaire (SDQ). The SDQ was administered to the children’s primary adult caregivers; worldwide, the SDQ is available in 60 languages. Responses from the SDQ that indicated certain symptoms and behaviors of mental disorder and psychological distress (emotional symptoms linked to conduct problems) were interpreted as poor psychological well-being. There was no general pattern of results found across the four South East Asian countries studied. However, multivariate models of regression analyses found that children of migrant fathers in Indonesia and Thailand had poor psychological well-being than children in non-migrant households (in Indonesia, children in father-absent migrant families had higher likelihood of conduct disorders than mother-absent migrant families).

With an ever increasing participation of mothers in particular in overseas employment and the growing phenomenon of the migrant family, it creates fruitful grounds for research into its impact on the family left behind.