Is Listening to The Music Make you Strong and Healthier? 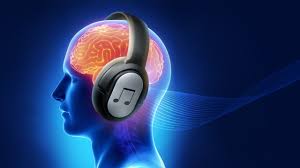 Each of us has a preference on different kinds of music that we enjoy listening too and also which situations are suitable for certain music styles. Some people who grew up listening to Keroncong music might prefer it again as they become older. On the contrary, for people who like Rock and Heavy Metal, they may not enjoy it as they mature or even choose this music as the way of calming themselves. Nevertheless, music could give tremendous effect for our body and soul. In this article, I will explain some of the healthy benefitsthat music can have to our body and mental well-being.

Music can help us physically in many situations, such as:

1. Reduce pain
According to an article from the Huntington Post in 2013, researchers from the University Of Utah Pain Research Center, conducted a research to 143 people who were exposed to soothing music while they were given electric shock applied to their fingertips. The results showed the effect of music provided distraction, producing less anxious feelings and created a soothing effect reducing the likelihood to feel pain. Music can also meaningfully reduce the pain in geriatric care and intensive care.

2. Improve quality of sleep
For someone suffering from insomnia, listening to calm instrumental music proved to be effective for inducing sleep rather than using sleeping medicines.

3. Helps athletes to work faster and harder
Using up-beat songs can help motivate to train harder than without listening to the music. This result was backed up with a study at Brunel University in West London, the performance achiever was higher up to 15 % and also able to increase their energy to do better up to 3 %.

4. Help people eat less
Based on a former executive director of the U.S. Department of Agriculture Center for Nutrition Policy and Promotion and the author of the book “Mindless Eating: Why We Eat More than We Think” in the internet article published on August, 2012, he suggested spending extra time eating more slowly in a relaxed environment made people eat less and and increased enjoymentin conversation with their partners while eating. So, whynot try this at home?

5. Boosting post-workout recovery
When we are facing surgery and in the process of recovery, listening to slow music canaid our bodies to recover faster and produce calm effect feelings.

On the mental health perspective, here are some of the benefits of listening to music based on articles and or journals from the internet:

1. Mood booster
A study conducted by Northwestern and Columbia University on 2014 tried to investigate the power of listening to the music on our mental state. The result mentioned, when we listened to the heavy-bass music, we felt more powerful than people who listened with the same tune with the less-bass tone. This powerful effect heightened when the participant asking to complete a word-completion task which they will use power-related words. Other study reported feeling powerful or empowered will create better performance in interview results. In the workplace itself, music could help us to feel de-stress, whenever we feel stress out. The good rule of thumb is that listening to any kind of music that gives us calming effect will de-stress us when you are feeling stressed or reduce the anxiety feelings.

2. Reduce depression symptoms
When we are feeling blue or down, we can try to change our mood to become less depress by listening to the classical, soothing or meditative sounds of music whereas heavy metals and techno will make depressive symptoms worse.So, which one do you choose?

3. Help people perform better in high-pressure situations
One study researched in journal of applied sport psychology reported female basketball players were performed better using musical intervention when they have to performed in front of public than who do not have any kind of musical intervention at all. The key line here is hearing catchy, upbeat music and lyrics can reduce the anxiety which will help them perform better during free-throw shooting.

5. Increase positive mood while driving
On 2012, Journal Ergonomics revealed a shocking practical study about the influence of music on mood and performance while driving. It turned out to be music will boost our mood while driving, but there is no further results whether the impact on driving behaviors while listening to certain kinds of music.
My conclusion is that regardless of the kind of music style you listen to, it certainly gives you benefits in many areas.

Riders Digest Asia Edition. (2015, February). News from The Worlds of Medicine. Music Can Make You Strong.p22.

Scott M.S., M., (updated 2014, December 16th). Music and Your Body: How Music Affects Us and Why Music Therapy Promotes Health: How and Why Is Music A Good Tool For Health?. Retrieved February 15th, 2015fromhttp://stress.about.com/od/tensiontamers/a/music_therapy.htm